Get a Solid Patio Cover in Time for El Niño

A solid patio cover is more than shade from the sun, it is also protection from the elements. In an El Niño year, like 2013 is supposed to be, this could be very important. 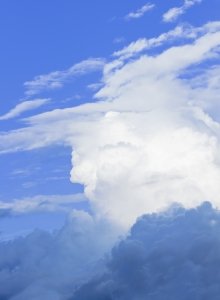 What does your patio cover have to do with El Niño? What is El Niño anyway?   Well according to Wikipedia:

El Niño–Southern Oscillation (pron.: /ɛlˈniːnjoʊ/, Spanish pronunciation: [el ˈniɲo], ENSO), or El Niño/La Niña–Southern Oscillation, is a band of anomalously warm ocean water temperatures that occasionally develops off the western coast of South America and can cause climatic changes across the Pacific Ocean. The ‘Southern Oscillation’ refers to variations in the temperature of the surface of the tropical eastern Pacific Ocean (warming and cooling known as El Niño and La Niña, respectively) and in air surface pressure in the tropical western Pacific. The two variations are coupled: the warm oceanic phase, El Niño, accompanies high air surface pressure in the western Pacific, while the cold phase, La Niña, accompanies low air surface pressure in the western Pacific.[2][3] Mechanisms that cause the oscillation remain under study.

The extremes of this climate pattern’s oscillations cause extreme weather (such as floods and droughts) in many regions of the world.[READ MORE]

One of the things that an El Niño year can affect is rainfall.  As in Arizona experiencing a lot more rain than normal, hailstorms, or maybe even a hurricane. With that in mind, why wouldn’t you want a solid patio cover?

A Solid Patio Cover: Shelter From the Storm

Don’t get us wrong, a lattice patio cover has its uses too.  If you have a container garden on your back patio, it’s good to let your plants get a bit of rainwater.  The nitrogen in rainwater helps plants thrive.

Yet with a solid patio cover, you get the best of both worlds, shade from the Arizona sun, and shelter from the storms that Arizona sometimes has.

So what are you waiting for?  Get solid patio covers installed today.