Why You Should Get Alumawood Patio Covers

Patio covers in Arizona have to be made of good material to avoid the dangers of Arizona’s often curious weather patterns.  This article will show why Alumawood may be the answer. 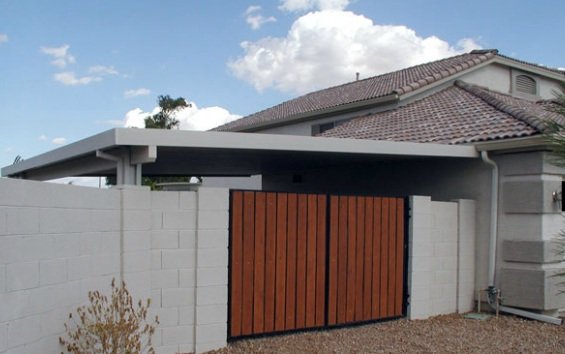 As to why you should pick a durable patio cover like Alumawood, they can withstand the effects of a hurricane better.  We know what you’re thinking.  A hurricane? In Arizona?  Yes.  It’s happened before.  Take a good look back to 1997, and the ravages of Hurricane Nora, as this Wikipedia article shows…

Hurricane Nora was only the third tropical cyclone on record to reach Arizona as a tropical storm. Nora was the fourteenth named tropical cyclone and seventh hurricane of the 1997 Pacific hurricane season. The September storm formed off the Pacific coast of Mexico, and aided by waters warmed by El Niño, eventually peaked at Category 4 intensity on the Saffir-Simpson Hurricane Scale.

Nora intensified and weakened quickly before taking an unusual path, which lead it to make landfall twice as a hurricane in Baja California. After landfall, its remnants affected the Southwestern United States with tropical storm-force winds, torrential rain and flooding. Nora is blamed for two direct casualties in Mexico, as well as substantial beach erosion on the Mexican coast, flash flooding in Baja California, and record precipitation in Arizona. Nora persisted far inland and eventually dissipated near the Arizona/Nevada border. [READ MORE]

Did you get that last part?  Nora didn’t break up until it reached Nevada.  Nora was a Category 4 hurricane, with sustained winds of about 100 miles per hour.  Can you imagine how dangerous that would be if you had a flimsy patio cover?  While Alumawood is not immune from hurricane damage, it is a lot more sturdy than say a balsa wood lattice. However it isn’t just hurricanes that can hit Arizona.

What about microbursts or tornados?  Remember the 2010 haboob that made it to YouTube?  What about the driving rain of monsoons?  An Alumawood patio cover is tough and flexible too, so it is far more likely to survive the extremes that Arizona can throw at it.

So what are you waiting for?  Call your patio cover installer in Phoenix today.