In part three of our three part series, we explore the benefits of installing solar panels at a place of business. Be sure to read part one and two of this series as well.

Commercial Solar Power: Is it Time? 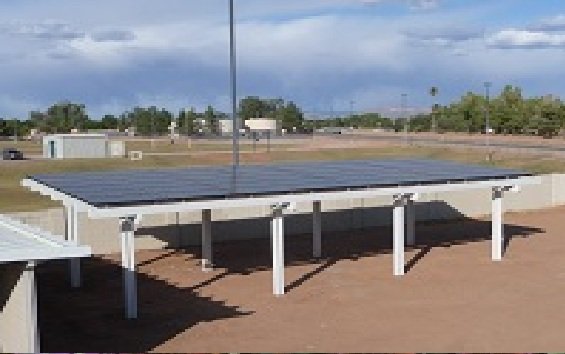 A lot of people that are opposed to commercial solar power throw out a rather depressing number.  0.5%.  That’s the amount of power generated by the power companies in Arizona that comes from solar power.  It’s argued that power companies don’t believe in solar power because it doesn’t work.  Correction, solar power works quite well, and it is one part of a recent trend  towards more renewable energy.  Solar power represents change, and a change that may cause the end of the power grid as we know it.

Sound ominous?  It isn’t.  The way our power grid works is that a few power companies scattered across the US have power plants run by fossil fuels as a rule with  diesel and coal as the biggest sources of power.  Solar power is a stunning example of a trend towards decentralized electricity. If you think a change of this magnitude can’t happen, take a look at mobile phones.  Fifteen years ago or so, a mobile phone was in addition to your home’s landline.  Nowadays a lot of people have then instead of a landline.  And solar power is showing a similar growth patten.  So solar power is starting to achieve more and more prominence, and one area that is seeing a startling upswing is the area of commercial solar installation.

Using the time frame of a decade, a lot of commercial solar panels have been installed.  Some buildings in fact, have an interesting framework on the outside of them that from a distance just looks decorative, but is in fact, an array of solar cells.  As more demand has gone up, so too has solar technology seen some great new developments.  Now one solar panel that’s only a few inches in size can generate a larger amount of power.  With people’s concerns about the environment increasing, a company gets some good PR when they can legally claim that they are using sustainable energy such as solar. When people approve of a business, they are more likely to do business with that organization.  And if that weren’t enough, look at other things too.

A lot of homeowners are savvy to the idea that they can get tax rebates for installing panels on their roof, but businesses can benefit from these incentives too.  That’s right, both on a federal and a state level, there are several tax breaks for installing solar panels at your business as well as at home.

So, as you see, solar power has started to become a growth industry.  The solar revolution is here, so you have to ask yourself:  is it time to install solar panels for my business? We invite you to learn more about our Solar Awnings as well. These are incredible money saving additions to your home or business!