Part one of a series on patio covers explores their uses in their winter.

Patio Covers in Scottsdale:  Does it Get Cold in Arizona? 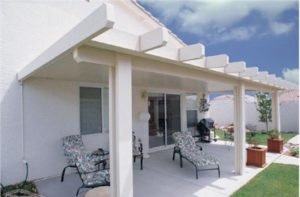 Scottsdale is a city in the eastern part of Maricopa County, Arizona, United States, adjacent to Phoenix. According to the U.S. Census Bureau, as of 2010 the population of the city was 217,385. The 2013 Population is estimated to be of about 221,789 people living within the city.Scottsdale is bordered to the west by Phoenix and Paradise Valley, to the north by Carefree, to the south by Tempe, and to the east by Fountain Hills and the Salt River Pima-Maricopa Indian Community. [READ MORE] Scottsdale is fairly diverse territory, with north Scottsdale and east Scottsdale being fairly affluent and south Scottsdale being more blue collar. In addition, the temperatures in the different corners of Scottsdale can vary significantly. , Scottsdale can get even snow surprisingly though it is rare. As to how a patio cover can help, that’s easy.

A patio cover in Scottsdale is the best of both worlds, and when you put a chiminea under it, it is pleasantly warm even if there is a bit of a nip in the air. And face it, Arizona is widely regarded for its mild winters. So even if there is snow on the ground, you have a very good chance that it will evaporate within two or three days tops.

Should I Install a Patio Cover in the Winter?

Absolutely. In fact, installing a patio cover in Scottsdale at this time of year is a good idea as you will be able to use it in the winter months as well as when it starts to warm up such as the early spring.

As to the uses of covered patios, they’re great for relaxing, and for throwing parties. So you may want to install solid patio covers in Scottsdale today in time for the holidays.

Be sure to read part two and part three of this series as well.