Arizona Rooms and Sunrooms for Your Home

Arizona rooms are an addition to think about to add to your living space.  A long time ago, before air conditioning, they were used as cool places to sleep.  Owing to Arizona’s harsh summer climate, a traditionally designed house didn’t have any airflow.  However, sleeping in a room that was open to the outside allowed people to enjoy the cooler weather of the evening. It was a simpler time..

Arizona Rooms: Then and Now 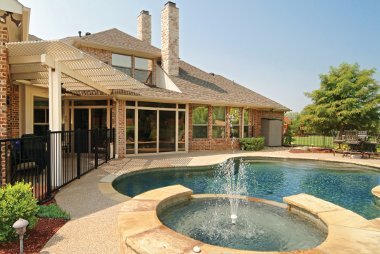 When people started building Arizona rooms in Phoenix, the Valley wasn’t nearly as built up as it is now.  One has to remember that Arizona itself is only little more than a century old, and Phoenix was an established city in 1865.
The Valley was largely rural, and in fact, Phoenix started out as a farming community.  The presence of all of the fields caused the city to have a much cooler evening temperature than in the day, even in the summer.  However, there was still a problem with heat trapped inside of a home.  Most of the people were from milder climates and the heat often proved difficult to overcome.  There was no such thing as air vents, so cooler air couldn’t flow through homes, especially as they were designed from existing homes back east.

A classic Arizona room had floor to ceiling windows that opened to the outside.  The combination of the fresh air as well as cooler temperatures.  Now, however, such rooms are used as sitting rooms or activity rooms, which is good.  As Phoenix has grown, the cooler temperatures in the summer evenings are gone.

An Arizona room adds to your home’s square footage.  If you set it up properly, you can get the best of both worlds.  You have a room that is warm in the winter, and a perfect home for your plants.  You also have a room that allows you enjoy sunlight without the roasting heat of Arizona’s summers.

Our next article will explore some design tips that you might want to consider when you are designing your room add on.  So maybe it’s time to have your own piece of history as part of your home:  an Arizona Room in Phoenix.

Royal Covers of Arizona is an installer of Arizona Rooms in Phoenix, AZ.  Call us today.

Patio Covers in Arizona > Arizona Rooms and Sunrooms for Your Home