Patio Covers and Life in the Sun Belt

A patio cover is one way of dealing with the Arizona heat.  And believe us, you need whatever works,because even in the Sun Belt, Arizona stands alone…

What a Patio Cover Does in a Sunbelt State like Arizona 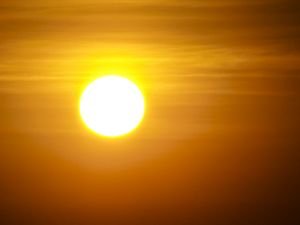 We are patio cover installers in the Sun Belt, of which Arizona is a part.  First off, what is the Sun Belt?  Well, according to Wikipedia:  “The Belt comprises the southern tier of the United States o include the states of  Arizona, Florida, Georgia, Louisiana, Mississippi, New Mexico, South Carolina, Tennessee, Texas, roughly half of California (up to Greater Sacramento), and at least parts of Arkansas, North Carolina, and southern Nevada. A more expansive definition includes the states of Colorado, Oklahoma, Virginia, Utah, and all of California and Nevada. The term “Sun Belt” became synonymous with the southern third of the nation in the early 1970s. There was a shift in this period from the previously economically and politically important northeast to the south and west. Events such as the huge migration of immigrant workers from Mexico, warmer climate, and a boom in the agriculture industry allowed for the southern third of the United States to grow economically. The climate spurred not only agricultural growth, but also saw many retirees move into retirement communities in the region, especially in Florida and Arizona.”  [READ MORE]

A patio cover shields you from direct sunlight, which considering that Arizona is the leader in heat related illnesses and deaths in the US, that could quite literally be a life saver.

What’s the Difference Between Heat Exposure and Direct Sunlight

Even with a patio cover, too much exposure to heat is dangerous.  However, hyperthermia is exacerbated by direct sunlight.  UV rays can cause even more harm than just exposure to heat, and lead to a large variety of health problems from cataracts to skin cancer.

If you’re a long time resident of Arizona, or a newly settled one, by now you’ve probably figured out ways to adapt to the harshness of the summers here.  You drink a lot of cold drinks, and don’t overexert  yourself at the hottest part of the day.    And cut down your exposure to heat?  How?  By installing patio covers.